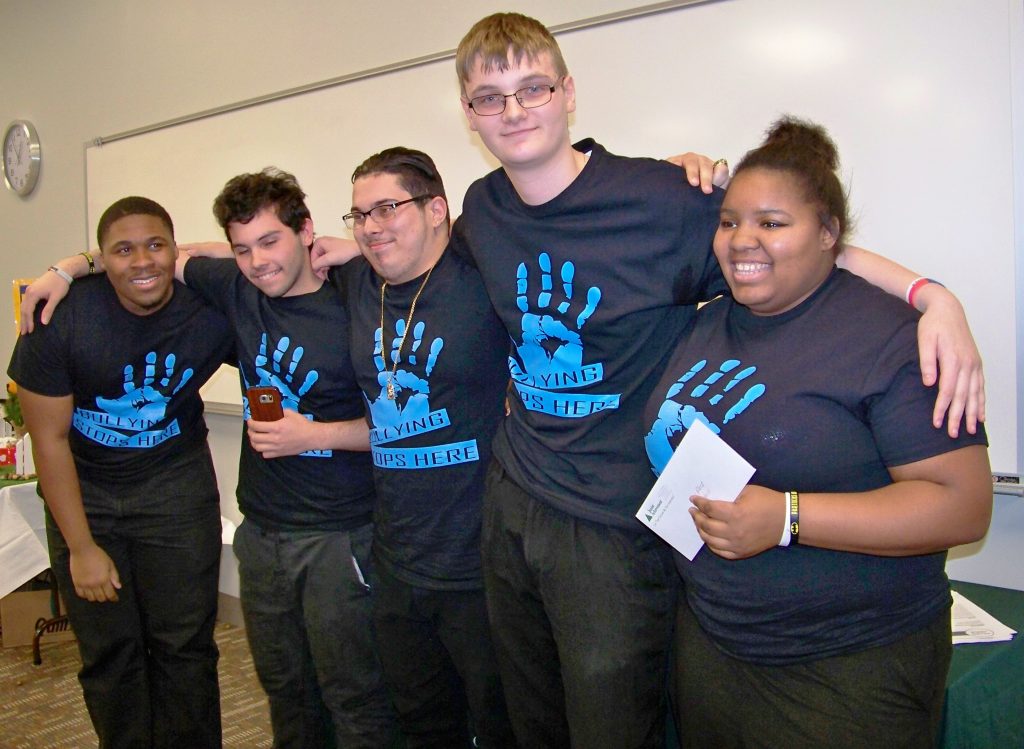 On March 3, 2017 JA of Western MA  held its 3rd annual JA EnTEENpreneur Challenge hosted by the UMASS Springfield Center. Over 20 teams of future entrepreneurs will compete in a 2-minute Pitch Contest and Trade Fair Competition.  Students from Putnam Vocational Technical Academy, Chestnut South Middle School, Duggan School, Chicopee High, and Pathfinder Vocational as well as two JA Afterschool programs competed. The students were part of the JA Blended Company Program, which is designed to unlock the innate ability in students to solve a problem or fill a need in their community through an entrepreneurial spirit. The JA Company Programs are sponsored by The Hartford and their JA Company Program Communities with Hart Incentive Grant.

The middle grade students completed JA It’s My Business and participated in the Trade Fair as well as the Pitch Contest.

The teams participated in a Trade Fair in Tower Square then listened to an inspirational talk by Ryan Kelly, creator and owner of Ry’s Ruffery.  Ryan competed on Shark Tank, Season Four and Season 4. At just 11 years old, he struck a deal with Barbara Cocoran for $25,000 for 25 percent of the business. Ryan bakes and sells all-natural dog treats that pet owners love to give as much as their furry friends love to devour them.

The team L.O.V.E. from Putnam Vocational won first place for its anti-bullying t-shirts.Members of team L.O.V.E are:

Thomas LaMondia, Retail and Finance teacher at Putnam Vocational said, “My students were  so excited to participate in this event. I have some budding entrepreneurs who are ready to take their product ideas to the next step. As a teacher I am thrilled to see them so enthusiastic and engaged in this learning experience.” Middle Grades JA It’s My Business Competition winners were: