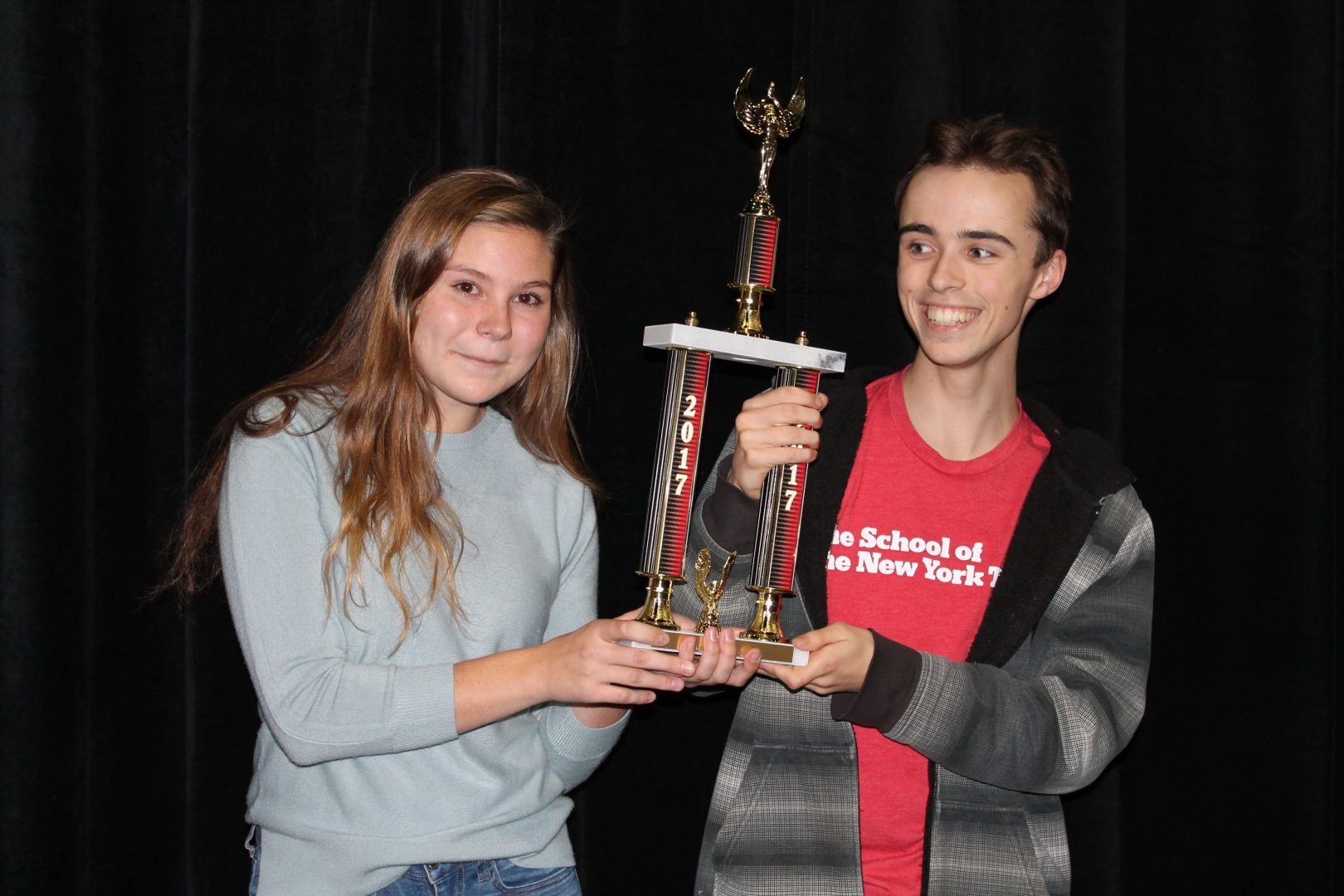 Springfield, MA—On Thursday, November 9, 2017 Junior Achievement of Western Massachusetts turned the MassMutual Center’s Exhibition Hall into Wall Street for the largest one-day student stock market event in the United States and teams from Northampton High School took first and second place.
More than 130 student teams from 24 area schools competed to amass the highest net-worth by the end of the 60 day investment period. The catch was that each day was only 60 seconds! Just like in a real trading day, the student teams had access to tips and news that impacted the market and influenced whether they should buy or sell. Student teams participated through the generosity of local businesses and colleges.
The teams from Northampton High School were sponsored by Florence Bank.

“Stocks are like the ocean. You’ve got to ride it until you reach Treasure Island,” noted Eli Christopher, referring to their plan to buy early and hold their portfolio throughout the event.

“It takes a great deal of patience and a strong belief in their initial strategy to make a plan and not waver from it during the competition,” stated Jennifer Connolly, President of JA of Western Massachusetts, commenting on Team Sidewalk Shakehorse’s game winning strategy.

Randy Gordon, teacher at Northampton High School, who worked with the students using the online simulations said, “My students showed a great deal of critical thinking and patience in their choices.They utilized very different strategies but managed them proficiently.”

Megan-Rose Missien, part of what was supposed to be a three-member team said, “When it comes to teamwork, less is more!” when one of her teammates had to remain at school for AP Physics, leaving Missien and Joaquin Flores to compete on their own.

“Team Trinomial did a tremendous job with just two people,” noted Connolly, “because the competition is set up for at least 4-5 students per team. Their ability to coordinate watching the boards, tracking their portfolio and running to make trades was amazing.”